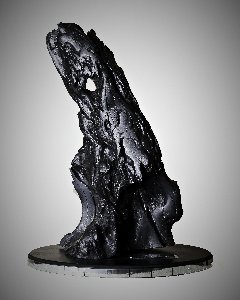 Grouse moor gamekeepers, George Thompson from Spaunton Moor on the North Yorks Moors and Alan Edwards, from East Allenheads, Northumberland have been named as runners-up in The Bellamy Trophy, a major new countryside award for conservation and education. The landmark prize is the brainchild of Professor David Bellamy – icon of the global environmental movement – and patron of the National Gamekeepers’ Organisation Charitable Trust.

The Bellamy Trophy was launched by the National Gamekeepers’ Organisation Charitable Trust to highlight those who display exceptional creativity and initiative in promoting the gamekeepers’ role in sustainable countryside management.

Mr Edwards said: “I feel proud to have been recognised by my peers in this way. It is very kind and generous of them. It is vital that all gamekeepers – upland keepers like myself included – keep banging the drum to remind politicians, the media and the general public how important our job is for conservation. In many places in the UK gamekeeping really is the last best hope for a wealth of wildlife. Gamekeeping can be the salvation of these species. In today’s countryside, gamekeeper is just another way to say conservationist…..and those that do hear us out are, often as not, amazed at how crucial gamekeeping is in safeguarding vulnerable and precious habitats.”

Said George Thompson: “This has come out of the blue. It is a tremendous honour. I’ve been on the moor for twenty years, and it’s a wonderful place, an actively conserved wildlife oasis that I’ve always gone out of my way to tell the public about. For instance, curlew, lapwing and golden plover numbers nationally are threatened. Populations of these wading birds here are stable or on the up. The fact is most people have never met a gamekeeper, and heard the facts face-to-face. We try to do our bit to rectify that. You don’t have to take my word for it, the weight of scientific argument demonstrates gamekeeping to be a force for good in conservation.”

He added: “Every June we host an Open Moor Sunday when the doors are thrown open to groups of all ages, the day is like a mini game fair. We even hold training days for people like the fire brigade. I’ve also put together a computer presentation that I use to talk to schools and local clubs.”

Said Edward Bromet, Chairman of the Moorland Association, the body that respresents grouse moor owners and managers: “Natural England has just praised grouse moor managers for contributing the most to conserving England’s most treasured places – Sites of Special Scientific Interest. Grouse moor gamekeepers are the unsung heroes of this work and I am delighted that Alan and George’s tireless enthusiasm for explaining their crucial job is being justly recognised.”

The Bellamy Trophy has been crafted from ancient Irish bog oak, kindly presented to the National Gamekeepers’ Organisation Charitable Trust by environmentalist Professor David Bellamy, an authority on peat moorland. Many thousands of years old, the oak had been preserved from decay by the unique environment of the peat bog. The Bellamy Trophy has a special resonance for gamekeepers because peat bog gives rise to heather moorland, a habitat of international importance whose wildlife-richness depends on the gamekeeper’s work.