The Moorland Association and the Game & Wildlife Conservation Trust (GWCT) are celebrating the most successful hen harrier breeding season in England for over a decade. Key to this success has been an unprecedented 21 chicks fledged from land managed for grouse shooting; over 60% of this year’s young (34). Last year there were no nests on grouse moors and only three successful nests across all of England that raised just 10 chicks. 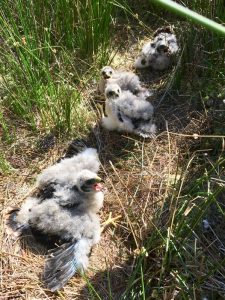 Defra’s initiative to unlock the complex conflict between hen harriers and grouse shooting, and allow both to thrive, is beginning to work. Trials of a revolutionary harrier management licence to get more harriers on English moors has been key. However, activists opposed to shooting are attempting to crush this early success by trying to have the licence revoked before trials are completed.

Hen harriers are notoriously poor survivors in the first year with natural mortality affecting about seven out of every ten birds and now the recovery of this red listed species is being placed in jeopardy by those more interested in expensive legal action over conservation.

Amanda Anderson, Director of the Moorland Association, said: “We are delighted that 34 harriers have fledged from the English uplands with a much improved range. Grouse moor managers and their gamekeepers are to be congratulated for their involvement in eight of the breeding attempts resulting in five successful nests on moorland managed for red grouse across Lancashire, Derbyshire and North Yorkshire. Yet, certain organisations and individuals are intent on doing whatever it takes, including wasting court time and taxpayers’ money, to prevent a successful outcome.” 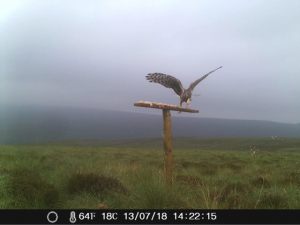 Andrew Gilruth, Director of Communications at the GWCT, said: “The RSPB must be congratulated for insisting that Defra produced a hen harrier recovery plan that had the full support of the grouse moors. For decades nest protection was never enough, now we are seeing the success of working with landowners to resolve wildlife conflicts. Activists objecting to these government plans should focus on what is best for the harrier.”

Andrew Sells, Chairman of Natural England, said: “The increase in hen harrier chicks this year is truly remarkable. These figures are a tribute to all those working hard for the survival of this breath-taking bird and show that responsible management of grouse moors must be part of the solution.”

“Reviving the fortunes of the hen harrier has been a cause close to my heart and I very much hope that we are now on the right path. But it will take more than one good breeding season to bring about a thriving population so it’s important that there is no let-up in the efforts to conserve this magnificent bird.” 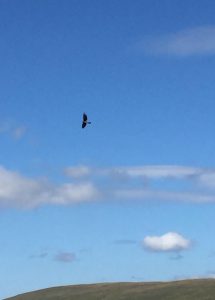