Ralph Skripek, the ‘Wild Chef’, got Great British Game Week (GBGW) off to a flyer as he cooked up a range of innovative and delicious grouse dishes in Bakewell today.

In the town traditionally associated with a tart rather than game, Skripek produced a variety of different grouse dishes to demonstrate the versatility of what is known as the ‘king’ of game meats. Visitors were treated to smoked grouse, pan-fried grouse and roast grouse served with Derbyshire stilton.

Mr Skripek, considered to be one of the most influential and passionate game chefs in the North of England, was flanked by gamekeepers from the Peak District Moorland Group (PDMG) who were on hand to inform visitors about the details of moorland managed for wild red grouse and how it helps provide a sustainable harvest of birds for consumers alongside a range of other benefits including habitat for unique wildlife and the maintenance of treasured Peak District heather landscapes.

Now in its fifth year, GBGW is a week-long celebration that promotes the wide variety of high-quality, nutritious game products that are available across the UK. Game is not only part of British heritage but is also a vibrant and modern addition to today’s lifestyle and food choices.

Mr Skripek said: “Grouse is a wonderfully versatile and nutritious game meat and in a good season I source my grouse directly from my local area in the Peak District. Its unique flavour, taken from the heather they eat, combined with the nutritional benefits makes grouse an exciting addition to consumers’ plates. Grouse’s reputation as a flavourful and healthy source of protein is growing year on year and I am fully behind Great British Game Week and its efforts to boost people’s awareness and consumption of game.”

Jim France, of PDMG said: “It is great to see chefs such as Ralph singing the praises of wild red grouse. We are delighted to join forces to help promote grouse to a wider audience, starting in Bakewell today. Great British Game Week is a fantastic initiative that will encourage more people to taste grouse and realise just how versatile and tasty it is.” 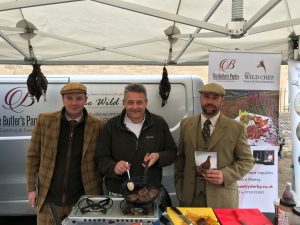 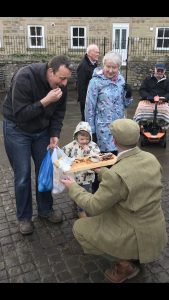 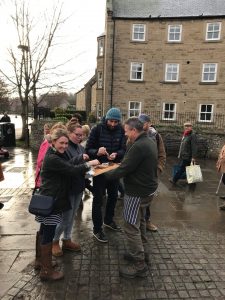 Scotland’s moorland heading into uncertain future. Dee Ward, Vice-Chair at Scottish Land & Estates, reflects on the future of Scotland’s moorland. Scotland’s purple-clad heather moorland is heading into a new era and uncertain future. The final report of a two-year long review into grouse moor management, commissioned by the Scottish Government, has made a host of recommendations that would result in the […]

Australia’s wildfires prove that you cannot simply ban burning Amanda Anderson, Director of the Moorland Association, responds to the recent wildfires in Australia: The horrific wildfires that are devastating large parts of Australia are extremely tough viewing. Pictures of badly burnt koalas, kangaroos and vast swathes of the countryside and people’s homes and livelihoods ablaze cannot but tug on the heartstrings and it is […]