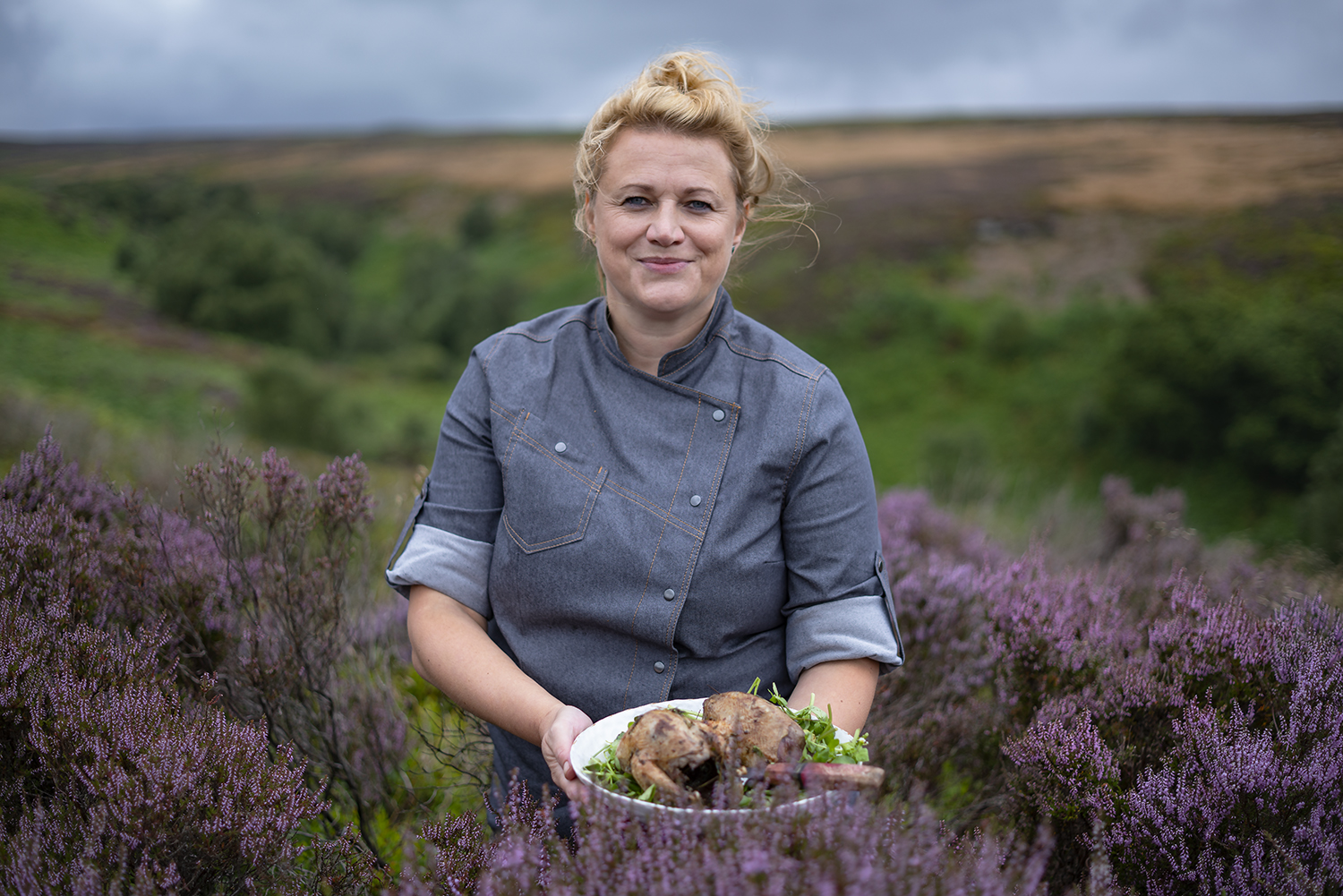 MasterChef finalist Juanita Hennessey took to the moors today to prove that red grouse is one of the UK’s most sustainable foods.

As the grouse season officially gets under way, Juanita showed that the number of grouse produced per acre is a tiny faction compared with other foods. Only one or two grouse is taken per acre in a really good season.

The British Game Alliance and the Moorland Association hosted the chef to celebrate the Glorious 12th, the start of the grouse season.

Juanita Hennessey said: “I am passionate about British game and love cooking with grouse. The flavour is delicious and for me it represents the best of British meat, delivered fresh from a short season and unique to the UK. Most people don’t realise that the birds are wild and only a limited number are available in a good breeding season, with the remainder left to nest and breed next year. It’s the ultimate in traceable, sustainable food.”

In a key move, in tandem to developing new markets for game, the British Game Alliance has rolled out audited standards to bring a genuine moor to plate assurance for wild game meat. Customers can rest assured that every moorland estate signed up to the BGA standard adheres to the highest standards for environmental sustainability and animal welfare.

In a nod to her celebrated marmalade-glazed partridge which was a favourite with the MasterChef judges and audience, Juanita cooked marmalade-glazed grouse on a bed of herb spelt risotto, for staff and customers at Swinton Estate.

Liam Stokes, chief executive of the British Game Alliance said: ‘Juanita has demonstrated the versatility and great taste of grouse, and the new BGA grouse moor standards ensure the producers of this unique British meat can participate in the BGA Assurance Scheme and demonstrate the sustainability and provenance of every wild bird they harvest.’

The Moorland Association represents the owners and managers of treasured heather moorland across the north of England where the wild red grouse is found. The adult birds feed almost exclusively on fresh tips of heather giving a distinctive flavour and making them unique to the UK.

Grouse are a flagship species, signalling a healthy upland environment.

“One of the myths often repeated about grouse moors is that the land use is intensive. The fact is that from each acre only one or two grouse are harvested in a really good breeding season. It’s light-touch land management working hand in hand with water catchment and grazing. Compared with other land uses, grouse moor management leaves much more room for other wildlife which it also supports.”

As well as taking action to boost biodiversity, Moorland Association members are at the forefront of preventing carbon emissions from the peaty soil with rewetting work across 348,000 hectares capturing the equivalent of more than 33,000 cars’ worth of carbon emissions every year.

WILD JUSTICE LOSE IN COURT AGAIN AS MOORLAND BURNING VINDICATED Leading rural organisations have welcomed a decision today to refuse Wild Justice permission for a judicial review on ‘burning’ in England for a second time. Mrs Justice Lang found all four of their grounds challenging the lawfulness of the burning regulations were unarguable. The regulations introduced by Defra this year restricted the burning of vegetation […]