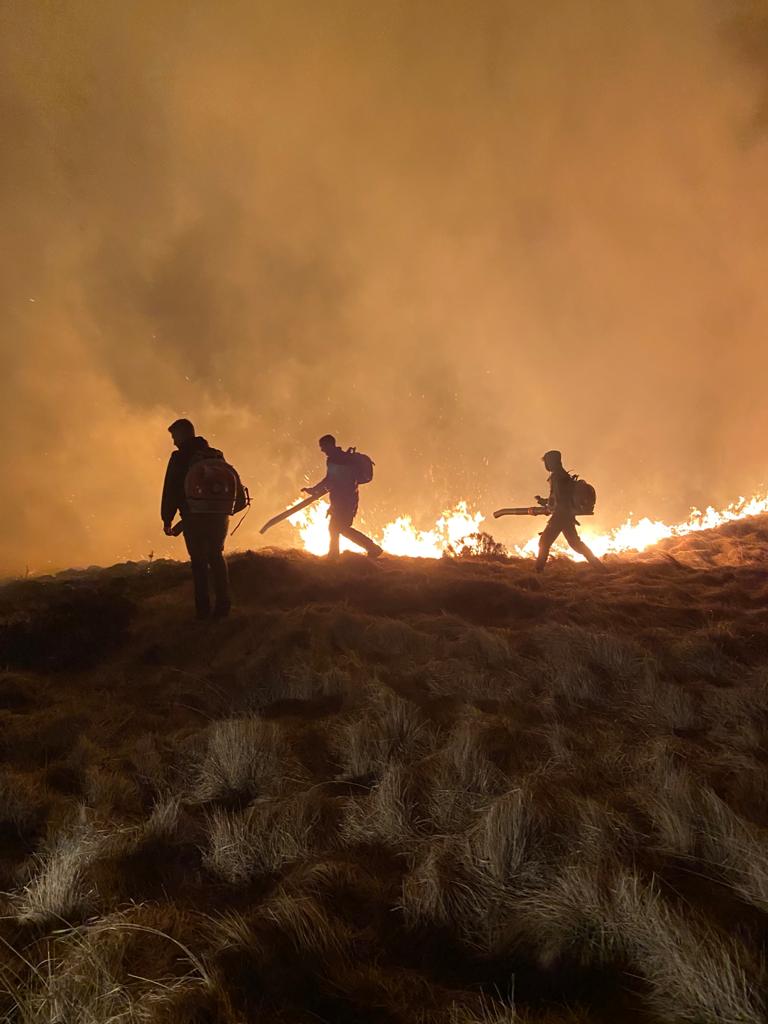 England’s iconic moorland landscape is under ‘extreme’ threat from wildfire with 24 fires having been recorded in the last four days alone.

The Moorland Association warns there is a high risk of a devastating wildfire on moorland in the north of England, as 55 incidents of wildfire have been recorded by the Fire & Rescue Service already since the start of this year.

The increasing number of visitors enjoying the wild open spaces of the moors, brings a greater risk of a fire breaking out, whether by accident or a deliberate act.

Once started, a wildfire is incredibly difficult to tackle given the mass of vegetation in many areas, which burns readily, and lack of access to these areas for fire fighters.

Amanda Anderson, Director of the Moorland Association said: “The current weather conditions in much of the north of England – dry and warm, are fire-supportive. The catastrophic wildfires we have seen in recent years have spread over huge areas, destroying precious habitat and releasing vast amounts of carbon.

“We would urge everyone to follow the Countryside Code, and never even think about lighting a fire or bringing a BBQ to a moor. The situation can get out of control in minutes.”

Paul Hedley, Chief Fire Officer, Northumberland Fire and Rescue Service, said: “Gamekeepers in moorland areas have helped with equipment and access to remote areas in the past but remote wildfires remain a significant challenge for fire and rescue services. Areas of unmanaged vegetation can burn for days and require protracted deployment of resources. Given the conditions at the moment  many moors are very dry and susceptible to a wildfire incident.”

The Saddleworth Moor wildfire in 2018 destroyed 4,400 acres of moorland and required military assistance to bring the blaze under control. 150 people were evacuated from their homes in Stalybridge, thought to be the first time that a UK wildfire has caused such an evacuation.

There have been 24 incidents of wildfire recorded in the last four days in England and 55 so far this year, including a 600-acre fire at Slaithwaite (West Yorkshire) and 400 acres at Parkgate, a wetland nature reserve on the Wirral.