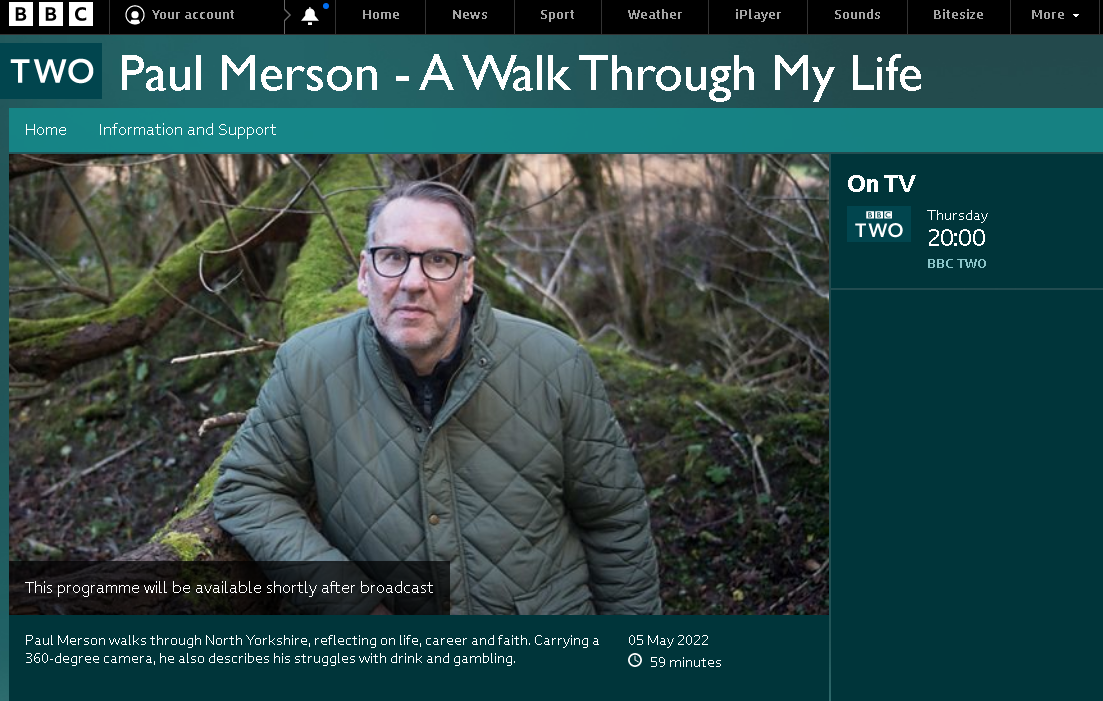 The BBC Series Walking With… has been filmed at Spaunton Estate in the North York Moors, with football legend Paul Merson exploring the beauty of the scenery and talking candidly about his life and career as a much-loved Arsenal, Middlesbrough and England player.

George Winn-Darley, owner of Spaunton Estate, said: “The scenery and wildlife of the North York Moors is an inspiration to everyone who spends time here, with such a wide variety of birds, mammals and insects thriving. It is wonderful that Paul Merson chose Spaunton and I very much look forward to watching the programme.”

Paul Merson’s walk took him from Lastingham east across the moors towards  Hutton-le-Hole and Gillamoor. The camera crew were able to record some of the sights and sounds of the wildlife he passed.

Spaunton is renowned for its birdlife, with 16 of the UK’s 21 species of bird of prey spotted on the estate in the last year.

The North York Moors are designated as a Special Protection Area due to their important populations of Golden Plover and Merlin.

In addition to birds of prey, the Ring Ouzel, Curlew, Red Grouse and Golden Plover are also doing well at Spaunton and will feature in the BBC programme. Ring Ouzel and Curlew are red-listed in the UK, meaning that they are a priority for conservation action. Ring Ouzel populations have disappeared from some parts of southern England, making their habitat in the North York Moors particularly precious.

Walking with Paul Merson will be broadcast at 8pm on 5th May on BBC Two.