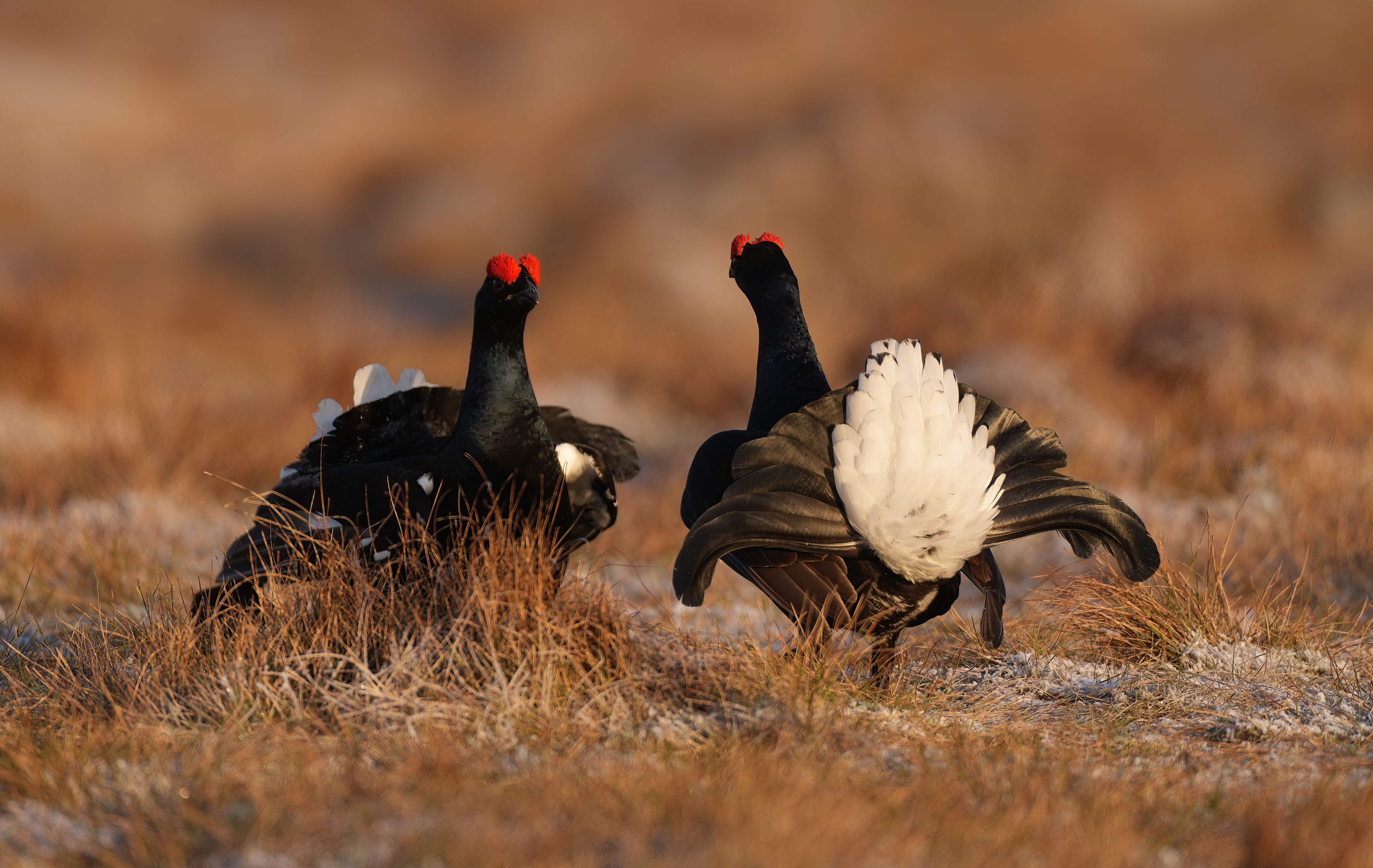 The ‘Life on Land’ awards from RedList Revival are presented to landholdings exceeding the top 1 per cent in the UK for abundance of a key species.  Swinton achieved this for Hen Harriers, Egton for Lapwings, and Coverhead for Black Grouse.

These are all red-listed species, meaning birds of conservation concern, either because their overall population, number of breeding pairs, or territorial range is significantly decreasing.

The Awards are presented by Redlist Revival, a charity established nine years ago to identify and promote successful management of priority species and the factors affecting success, with an initial focus on red-listed birds.

By recording data in a consistent format, using standardised criteria endorsed by Natural England, the UK Centre for Ecology & Hydrology and the British Trust for Ornithology, landholders are able to calibrate the performance of habitats and species as part of the UK’s local, national and international commitments.

Mark Cunliffe-Lister of Swinton Estate, Chair of the Moorland Association, said: “We are delighted to see recognition of the work undertaken by estates to help rare birds to survive and thrive. These success stories are underpinned by many years of work and investment by the estates themselves and fostering of collaborative partnerships with other conservation organisations.

“Practical conservation action in the uplands is a crucial element in boosting England’s biodiversity.”

The project was led by the Game and Wildlife Conservation Trust under license from Natural England. All trans-located birds were radio tracked as a part of a 5-year study.

The programme has been particularly successful at Coverhead, with a sustainable breeding population now established.

James Mawle of Coverhead Estate says: “In 1900 there were Black Grouse in every county in England, bar Middlesex. Their decline has been caused primarily by habitat loss and predation of their eggs and chicks. The recovery programme has proved an incredibly useful initiative to help expand their territorial range and it has been a notable success.   Despite the past two years proving to be quite poor breeding seasons for Black Grouse in all parts of the UK, hens at Coverhead have exceeded the population replacement rate of 1.5 chicks per hen and the estate  has an expanding breeding population. Our brood sizes are good with anything up to 9 chicks per brood in good years and even in the last two difficult summers hens have averaged about 2.5 chicks per hen.  We are really pleased to provide good quality habitat for this much-loved species.”

The estate identifies three factors that are crucial to helping upland birds to survive and thrive.

James Mawle continued: “Firstly, habitat management, including monitoring of the grazing regime to ensure the sward is properly maintained and to allow wildflowers to bloom. Secondly, skilled keepering to ensure that predators are controlled, enabling ground-nesting birds to have the best chance of survival.

“Finally, and most importantly is the insect life on the estate. Chick survival depends on a good diet of insects in the early weeks. The estate has worked hard to ensure the entomology is in place to provide an abundance of insects for chicks when they are at their most vulnerable.”

The estate’s conservation work also benefits a range of other species including Lapwing, Dipper, Golden Plover, Red Grouse and Snipe.

The heather moorland is managed for the benefit of all species. Red Grouse are the mainstay of the estate while other species that benefit from moorland management include Golden Plover, Lapwing, Curlew and Merlin.

Oliver Foster of Egton Estate says it is rewarding to see the Lapwings nest every year:

“The aerial displays of the male Lapwing are a joy to witness every spring and it is an absolute delight later in the season to see the chicks emerge and take their first steps. Traditional moorland management techniques such as predator control, restoration burning and grazing management have enabled the population of Lapwing here at Egton to remain stable over a number of years, in contrast to declines for this species in other parts of the UK. We are committed to ongoing conservation work for the benefit of upland bird species.”

Over 300 acres of peatland on the estate have been restored, with peat dams installed and drainage ditches in deep peat blocked, to raise water levels in the surrounding land and improve the hydrology of the soil. Such restoration work benefits wading birds and can help a variety of plants such as sphagnum mosses to re-establish. Peatland restoration also reduces carbon emissions and improves biodiversity.

Swinton Estate in North Yorkshire has been a key partner in the government’s Hen Harrier action plan since 2016, undertaking a range of conservation actions to help one of the UK’s most endangered birds to re-establish territories on suitable habitat in the north of England.

Swinton Estate identifies and monitors hen harrier winter roosts, and nests, to protect them from potential persecution, predation, and possible disturbance by members of the public.

Some of the birds are satellite-tagged in partnership with Natural England, to enable conservation monitoring of their behaviour and migration patterns.

Gamekeepers on the estate provide supplementary food to adult Hen Harriers to boost fledging success of their young, whilst helping protect chicks of other rare species from predation.

The estate is also engaged in the trial Brood Management Scheme, which has proved a vital and successful element in conservation work since 2018. The strictly regulated research trial aims to investigate the feasibility and effect of taking eggs from nesting hen harriers, rearing them in a specialist facility, and releasing them to become healthy adults.

In 2021, 84 hen harrier chicks fledged in the north of England, the highest number for 35 years. There were 24 successful nests, 19 of them are on moors actively managed for red grouse, in Northumberland, North Yorkshire, County Durham, Cumbria, South Yorkshire and Lancashire.