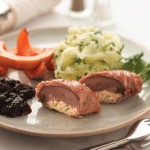 After a very successful pilot last year stocking fresh red grouse in two London stores it was hoped that grouse – a wild game bird unique to Britain – would be on the shelves again this season rolled-out to 40 stores, but plans have had to be delayed. M&S has said it has been working […]

An HM Government e-petition has been posted that calls for the publication of the Hen Harrer Joint Recovery Plan which seeks to boost hen harrier numbers in England whilst ensuring continued viable driven grouse shooting and the environmental, social and economic benefits it brings. The Moorland Association backs the Plan and calls for it to […]

The Moorland Association(MA)Director, Amanda Anderson, has responded to an open letter from RSPB Chief Exec., Mike Clarke. The MA feels that further regulation of grouse moors will not see the improvements the RSPB hopes for, but challenges the RSPB to work with the MA and others to define what successful upland land management looks like […] 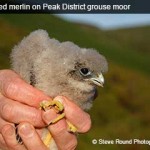 RARE pictures of merlin chicks have been released by the organisation committed to protecting the threatened species. Britain’s smallest birds of prey are bucking a national decline and breeding well on heather moorland managed by gamekeepers for wild red grouse. A recent independent study for the Moorland Association (MA) found there were four times more […] 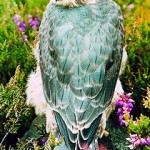 BRITAIN’S smallest birds of prey are flying in to nest on English grouse moors which have helped stave off their downfall. A new study commissioned by the Moorland Association (MA) has found dramatic gains in merlin populations on globally recognised heather moorland managed by gamekeepers for wild red grouse. Consultant ecologists, Penny Anderson Associates, have […] 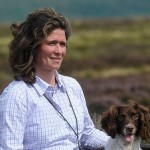 The Moorland Association (MA), an acclaimed national organisation protecting over 850,000 acres of globally recognised heather moorland, has appointed its first ever Director. The MA has brought a woman to the helm for the first time in its 29-year history, to replace its founding secretary. Amanda Anderson, 42, of Austwick, near Lancaster, will be looking […] 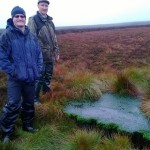 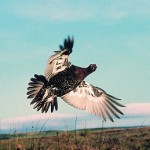 AS the ‘glorious twelfth’ looms, the £67 million pound English grouse shooting industry is hailed for far-reaching contributions to conservation and the economy. Predicting a good season, owners of globally recognised heather moorland say without shooting income, vital ecosystems – and over 1,500 jobs – would be lost. While serious wildlife and habitat declines were […] 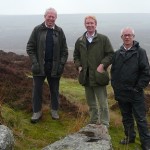 The Moorland Association hosted a meeting on Grinton Moor with Natural England’s Chair (Poul Christensen) and Chief Executive (David Webster) who wanted to see firsthand the work that goes on to manage England’s spectacular heather moorland, and to understand more about the management that creates the special conditions for grouse and other moorland wildlife. The […]

Just weeks after Defra said that the impact on the environment from sky lanterns is low and had no plans to insist that manufacturers and retailers switch to readily available eco-friendly designs, an inferno at a plastic recycling centre caused £6,000,000 damage, injured eleven fire fighters and saw 100,000 tonnes of plastic go up in […]