Research by the University of Cambridge published in the journal Nature Geoscience confirms that controlled burning can increase carbon storage in the soil.

The study found that controlled burns cause changes in soil composition which not only offset immediate losses but can actually lock in or increase carbon in the soils of forests and grasslands. This concurs with research undertaken on peat soils by researchers from Lancaster University, the University of York and Newcastle University.

Amanda Anderson, Director of the Moorland Association said: “This concurs with research on carbon rich peatland, demonstrating that the formation of charcoal by burning above ground vegetation has a beneficial effect on carbon storage in the soil and that the more vigorous regrowth of plants following a low-intensity burn has a net positive effect on carbon storage. We hope that this important independent research will be taken into consideration by lobby groups and policymakers.“

According to the research, fire stabilises carbon within the soil in several ways. It creates charcoal, which is very resistant to decomposition, and forms ‘aggregates’ – clumps of soil that can protect carbon-rich organic matter. Low intensity fire also increases the amount of carbon bound to minerals in the soil.

A further finding published in the report was that managed burning promotes new plant growth which enables more carbon to be stored. Much of the carbon in grassland habitats is stored in the roots of the plants. Controlled burning encourages plant growth and can increase root biomass, thereby increasing the amount of carbon stored.

The University of Cambridge researchers noted that fires that are too frequent or too intense – such as wildfires – kill  soil bacteria and fungi and destabilise the soil, preventing carbon-rich organic matter from binding to minerals in the soil.

The importance of controlled burns for wildfire prevention was also noted by the authors of the report.

In 2020, research undertaken by the Uplands Partnership found that vegetation burnt on areas of blanket bog are capable of increased levels of carbon capture in the peat through charcoal creation with a positive impact on long-term carbon storage. The Uplands Partnership research also found that areas where controlled burning had ceased in the USA were more likely to be damaged by wildfires and suffered a subsequent loss of bird species (Peatland Protection – the Science). 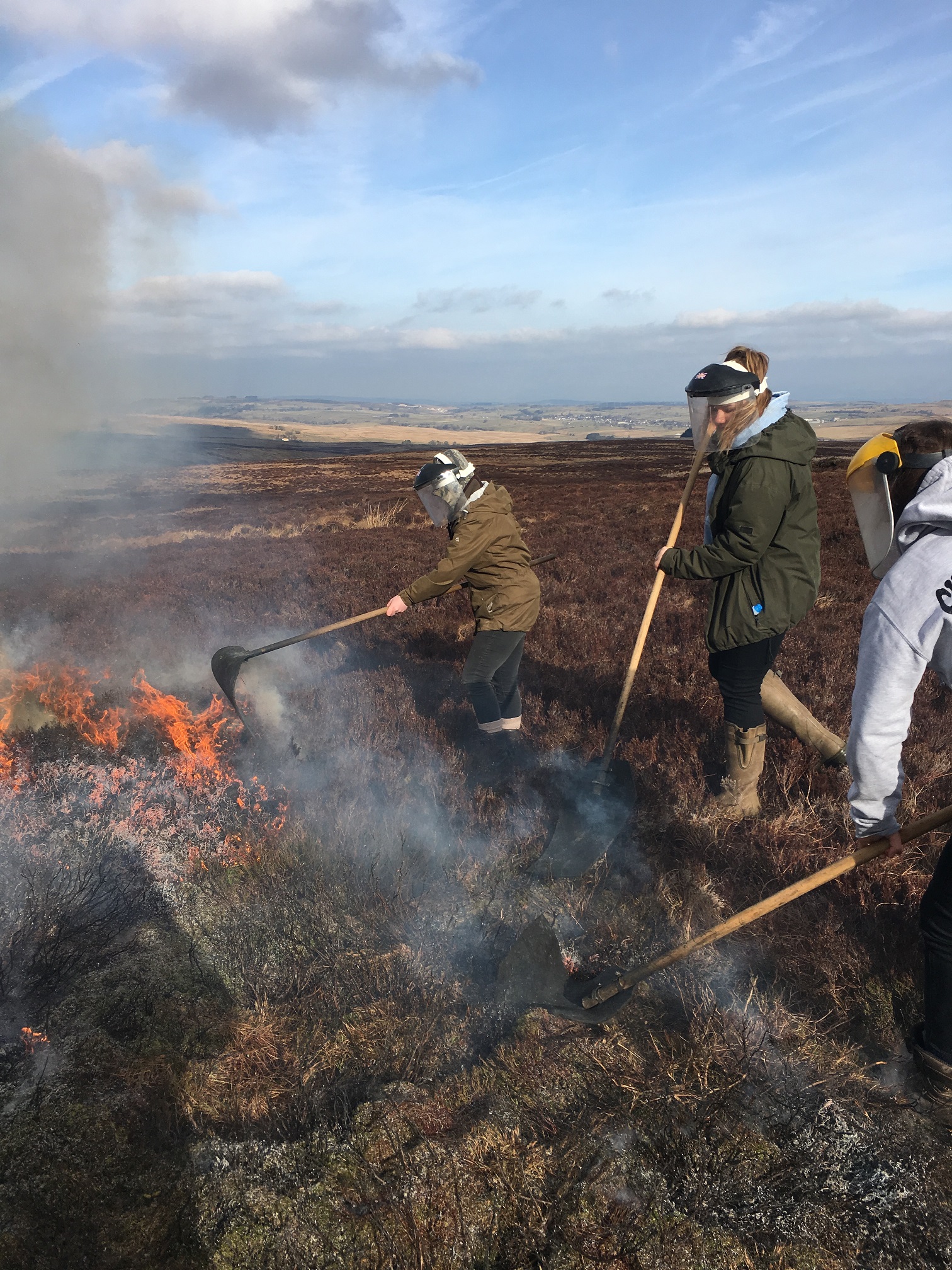