With so many demands on the land, MA works hard with a raft of key organisations to make sure that the moorlands work well and are protected for everyone.

Grouse shooting on 190 estates in England and Wales plays an important part in the rural economy during a season running from August – the Glorious Twelfth – until December 10.

Providing over 1,500 much-needed jobs and around 42,500 work days, benefitting a raft of businesses  and playing an important role in the countryside, grouse shooting is worth £67.7 million a year to England’s economy.

Spin-offs for food and hospitality industries, clothing manufacturers and many associated businesses and service suppliers are considerable.

Research has shown that businesses associated with grouse shooting in England and Wales benefit by an additional £15.2 million a year.

Over four months, around 500,000 wild red grouse are shot in England before entering an eager food chain. Only the surplus in the wild population is shot, ensuring a healthy, wild breeding stock the following year. Although shooting usually stops well before the official end of the season, every day is a bonus for the local economy.

However, because of the £52.5 million annual spend on moorland conservation, grouse shooting does not often make money for the estates. Shooting days let on a commercial basis help them break even on their investment. 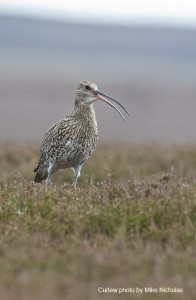 The upkeep of beautiful heather landscapes goes well beyond keeping them in optimum condition for wild red grouse. Many of the country’s rare and endangered ground nesting birds do well on land carefully managed by our skilled gamekeepers.

Scientific studies have shown where their hard work and vast knowledge is in place, these areas are 3.5 times more likely to see successful fledging of the chicks of rare ground nesting birds such as curlew and lapwing.

A study of upland breeding birds in parts of England and Scotland also found densities of golden plover, curlew, redshank and lapwing were up to five times greater on managed grouse moors, compared to those not keepered. Publications

There are four times as many breeding records for merlin – Britain’s smallest bird of prey – on managed moors than on those without keepers. Interestingly, breeding records have doubled on moors managed for red grouse in the last 20 years, but have plummeted by over half on moors with no gamekeepers.

Close links have been forged with many leading bodies, including Natural England, on important issues such as peat protection and restoring blanket bog habits. This protects water quality and locks up carbon, helping to combat the impact of climate change.